Raise your hand if you’re tired of banks and their fees. There’s a fee for everything. There’s a fee to use an ATM, there’s a fee to deposit cash in to the bank and some banks are now considering a fee for those who want to keep cash in their bank account. If you’re close to starting a business and you’re thinking of applying for a small business credit card to finance some of the startup costs, one of those perks to using a credit card may be gone for good.

One of the few reasons we had to like banks was rewards points for using our small business debit or credit cards. Although the amount of money we have to spend to get those points is obscenely high, it still feels like a little bit of satisfaction when those points allow us to get something for “free”.

There may be another reason to hate the banks if Wells Fargo and JP Morgan have their way. Both of these banks have offered rewards points when customers use their debit cards. Wells Fargo has offered 1 point for every $4 spent and at certain retailers up to 16 points per $1 spent. Of course there was a fee associated with the rewards program but it was a modest $12 each year. If you make a lot of purchases for your business, this fee was insignificant.

Although Wells Fargo had stopped offering this program to new banking customers, they recently announced that this program would cease for even their current customers. JP Morgan had ceased this program on July 19th, a month before Wells Fargo. Sun Trust Bank also ceased rewards and many other banks are certainly going to follow the lead of these banking leaders in the near future.

If that isn’t bad enough, JP Morgan is considering a trial program where customers will be charged a fee to use their debit card. It’s a trial because they want to gauge public sentiment. (As if it takes a genius to know what people will think of this idea.)

So why are banks pulling the plugs on these programs and replacing them with more fees? According to the banks, the economy has squeezed their margins but even more so, your new business will be paying for their mistakes. Banks, especially the large national and international banks have made some really bad investments over the past five years and in order to stay in business and also avoid ending up on a government watch list, they are being forced to find every way possible to make money and much of that comes by way of charging fees for everything. They’re also selling their bad investments at an even greater loss and still, they’re in financial trouble.

Is there a chance that your small business debit card rewards program will return? Ideally yes but realistically no. For now, the best way to gain rewards points is to research and apply for one of the many rewards credit cards that are offered. The other way to avoid fees? Spend your money old school style. Use cash and if your business doesn’t yet have enough reserves to open its doors without a credit card, wait a little while longer. 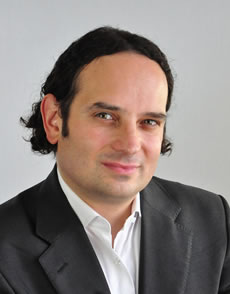 I selected ActiveFilings.com because of their unmatchable reputation. I would never risk my business start-up with low reputation companies. It was a good decision!. http://www.CheckTick.com